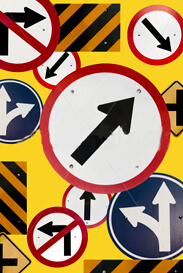 According to current Bulgarian laws, every car on the road must have a reflective mark. Cyclists should also use one in many situations. Heavy-duty vehicles are covered with a reflective film that reveals their dimensions in the dark. Car owners use it to increase security and for aesthetic reasons. All official road signs are made with a layer of reflective film. However, few people know the history of the materials that have made roads around the world so safe. Pioneers from the American company Minnesota Mining and Manufacturing (3M) also have great merit in this field.

With the imposition of automobiles as the main means of transportation and the constant increase in the speed they develop, road safety became a serious problem at the beginning of the last century. 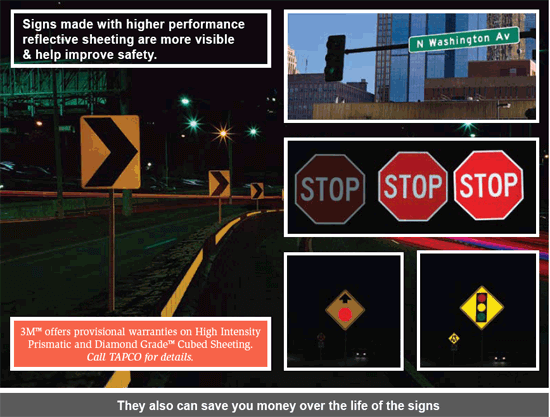 Traveling at night was especially risky. Initial attempts to improve the situation included a number of innovations, such as putting up huge road signs painted in bright colors. However, this did not give the desired results. Therefore, in 1937, inventors from 3M tackled the problem.

The Minnesota company’s engineers had the idea to create a material that has retroreflection – the ability to reflect light back to its source, namely the cars on the road and their drivers. For this purpose, the experts began experiments with glass beads that acted as miniature reflectors. Fastened tightly together they gave the desired glare. The first experiments were promising – the beads reflected light in the right way. During the tests, however, the defects of this system came to light. Beads exposed to the elements lost their properties completely even in light rain, as the water distorted the light. Also, dust and debris got into the gaps.

3M solved the problem by covering them with a transparent top layer, which filled the cracks and gave the material a smooth, shiny face. However, a small change in the plan was necessary. The original idea was to attach the reflectors to the road itself. However, due to problems with the stability of the material, they switched to plan B – installing it on the roadside signs. This is how the first light-returning sign in the world came about. Created by 3M, it was put on the road in the vicinity of the city of Minneapolis, Minnesota in 1939. This technology soon became an impressive commercial success and remained the only one on the market for the next 25 years. The material, which was called Engineer Grade, however, achieved a modest 8 percent retroreflection – a rather modest achievement. Therefore, the company’s engineers decided not to wait for someone else to overtake them, but to improve this indicator themselves and beat their own record. 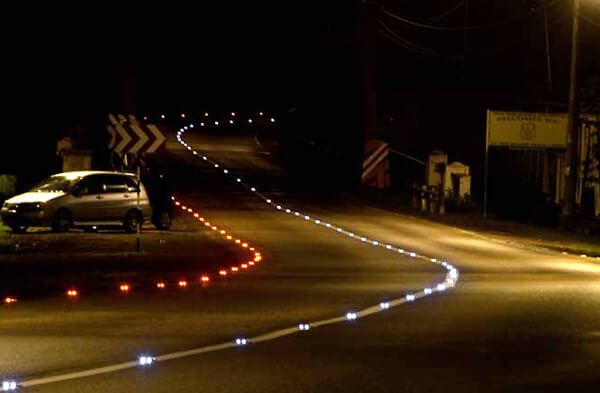 In order to increase the light-reflective properties of the material in its rear part, 3M added a translucent silver-white layer. This reduced the loss of light in the system. However, the Engineer Grade transparent face layer had a mixed effect – it prevented the total loss of reflection in bad weather. In addition, it gave a smooth appearance to the material, which to a large extent helped its self-cleaning. At the same time, however, it increased the loss of initially incoming light.

A brilliant solution was found for this problem. Instead of tightly covering the beads and the gaps between them, the face layer was placed at some distance. This was achieved by attaching the polymer directly to protrusions in the base of the material, and the beads were arranged in shaped small hexagonal pockets.

Thus, miniature independent light-reflecting cells with a diameter of nearly 6 millimeters each were formed in the large plane. Therefore, from a distance, the material looked like a honeycomb. More importantly, however, the beads no longer touched the top layer and remained completely protected from the elements. In addition, if one of the cells was accidentally damaged, the rest of the material retained its properties. The miniature size of the capsules helped this, and from a long distance, the defective parts were almost imperceptible.

3M have completely improved their reflectors 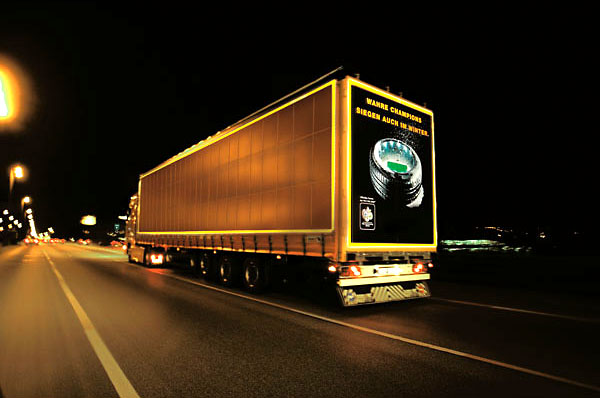 3M has improved its reflectors. The company started producing special glass beads with much better mirror properties. This increased their ability to return light by more than 20 percent. Along with this, steps were taken to reduce and unify the size of the beads. Initially, their diameter reached 1.6 millimeters, but with time and the introduction of a number of new technologies, it shrank tenfold. The silver finish on the back of the material has also been improved.

Thus, the reflective bead systems developed by 3M reached their maximum in 1971. Then the company from Minnesota launched the High Intensity system on the market. The introduction of so many improvements resulted in a new record. This material returned 16 percent of the captured light to the source, double that of Engineer Grade. Even to this day, this is the highest proportion of reflection that can be achieved with a glass bead system. The new material quickly became a hit and was soon introduced en masse in the production of road signs. It was first equipped with highways and other roads where high speeds are developed. At the same time when High Intensity was establishing itself on the market, however, a new generation of retroreflective /reflective/ materials appeared.

In 1970, the first reflective system with microprisms was patented. This was the biggest breakthrough since Engineer Grade. The new material entered the market in 1973.

It used miniature prisms in the form of regular triangular pyramids with dimensions between 0.15 and 0.25 mm. A particular advantage of this technology was that they could be mounted on a flexible base, which made the material easily portable and workable. This led to the production of the first sparkly clothing and the popular reflectors placed on school bags. The innovation helped a lot in the popularization of this type of material and its entry into everyday life. As the demand steadily increased, many companies became involved in the production and supply of glittering fabrics. 3M was not far behind. In 1989, the Minnesota company released Diamond grade – its high-efficiency prism-cutting system.

This material reflected an impressive 35 percent of the light directed at it. This exceeded twice the maximum of the bead systems. Self-adhesive reflective tapes and reflective foil soon came on the market. They were already introduced by law when making road signs. The innovation came just in time, as at the same time improvements were being made to car headlights, which already directed more light down onto the road. This limited the rays falling on road signs and surrounding objects.

However, prismatic technology also had certain limitations. In the beginning, it was significantly more expensive to produce. It also proved to be less effective at reflecting light coming in from a wider angle. Then the first computers entered production. They helped to find new formulas for arranging prisms and reducing production costs. In the new materials, the triangular pyramids were placed at different angles. This greatly improved the coverage of the reflective film. 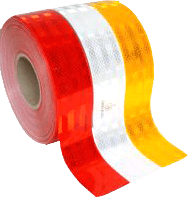 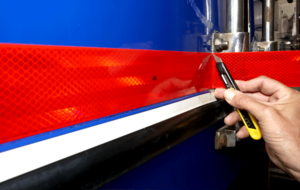 The most notable change in design, however, again came to 3M. In 2006, the company presented the reflective material Diamond Grade DG3 /Diamond Grade DG³/. It transcends the limitations of familiar prisms. In direct lighting, traditional triangular pyramids have dead zones at the edges. These blind spots occupy up to 65 percent of the total area of the material. Therefore, the company’s engineers from Minnesota cut out the unnecessary sections and isolated the most active part of the core of the pyramid.

Thus a revolutionary type of microprisms was created. Densely arranged, these new miniature high-efficiency reflectors form a material with a 100 percent reflective surface. Diamond Grade DG³ returns more than 50% of the captured light. This is the ultimate peak in this type of fabric. Therefore, 3M’s reflective film is preferred for marking heavy-duty vehicles, as well as for making road markings. According to experts in the field, there is also room for future development of this type of materials. Hopes for future records and improvements are given by the more efficient prism technology.