3M Wrap Film Series 2080 CF201 Carbon Fiber, Anthracite – for complete or partial car wrapping. Deep 3D texture will impress fans of carbon coatings with its precise workmanship. All of your interior and exterior ideas can be turned into reality.

3M carbon film is the new trend for tuning enthusiasts.

People say that the car vision speaks for the driver’s character. For this reason, it is important to pay attention not only to the technical condition, but also to the appearance of your automobile. This makes an impression and is a great way to express your identity and style.

Your car presents you

3M carbon film’s deep 3D texture will impress fans of carbon coatings with its precise workmanship. Completely matte, this foil will make your car a landmark. All of your interior and exterior ideas can be turned into reality. In addition to the fancy look there is another advantage – the carbon film is resistant to pebbles on the road and protects against unpleasant marks and scratches. 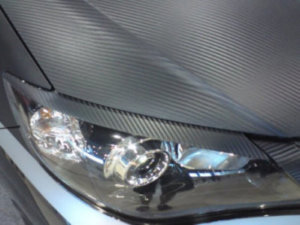 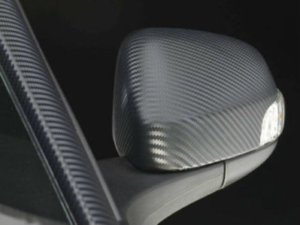 The improved product allows easy and fast installation even on complex 3D curves, featuring high conformability, great cold stretch and excellent lifting resistance. 3M Car Wrap Film 2080 has another advantage – a specially treated surface against pollution. Thanks to its low surface energy, the foil does not retain dirt and your car is practically self-cleaning. The innovative technology is reminiscent of nanovax – a liquid polymer that creates a protective layer that leads to water repellency.

After gluing, the bond strength increases within a few hours. Nevertheless, the 3M 2080 Series car film can be removed without leaving any residue on your car, even years later. The 3M Car Wrap Film 2080 series guarantees the strength and durability of the installation even on vulnerable details – the edges of doors and fenders, the front cover and the bumper.

Attention: After gluing with 3M Car Wrap Film 2080, the technology does not allow gluing another foil on the already glued surface.

Care for your vehicle

There are no reviews yet.